The University of Waterloo is a public research Institution that came into existence in the year 1957. In the early 1960s, Waterloo became one of the first universities in the world to give undergraduate students access to state-of-the-art computers. Waterloo offers more than 100 undergraduate degrees along with 190 graduate programs. In addition, the University has 6 faculties and 12 faculty-based schools to administer its academic programs. Located in the heart of Canada's technology hub, the University offers a great platform for graduates to deepen their work-based learning. This university was also one of the first to introduce the ‘co-op’ or the co-operative programme outside of engineering. Co-op programmes combine classroom teaching with practical training methodologies.

Maclean magazine’s national survey of 2400 students placed Waterloo first in Canada for career preparation. Presently, it has 31,380 undergraduateand 5,290 graduate students amongst which 20% UG and 40% PG students are international. The University attracts students from 120 countries each year. The University actively promotes student diversity and gender equality in order to bring excellence and equity in education. With 48% of undergraduate and 44% of graduate female students, Waterloo supports equality for all students regardless of gender or sexuality.

More than 2,00,000 people have graduated from the University of Waterloo since its inception in 1957 and can be found across 152 countries in the world. Waterloo graduates have accumulated gained prominence in a number of fields and have also won several awards including the Nobel. In 1999, Robert Mundell was awarded the Noble Prize in Economics for his contribution in monetary dynamics and optimum currency areas. In 2018, Donna Strickland, Waterloo’s faculty member was awarded Nobel Prize in Physics for her work in laser physics. 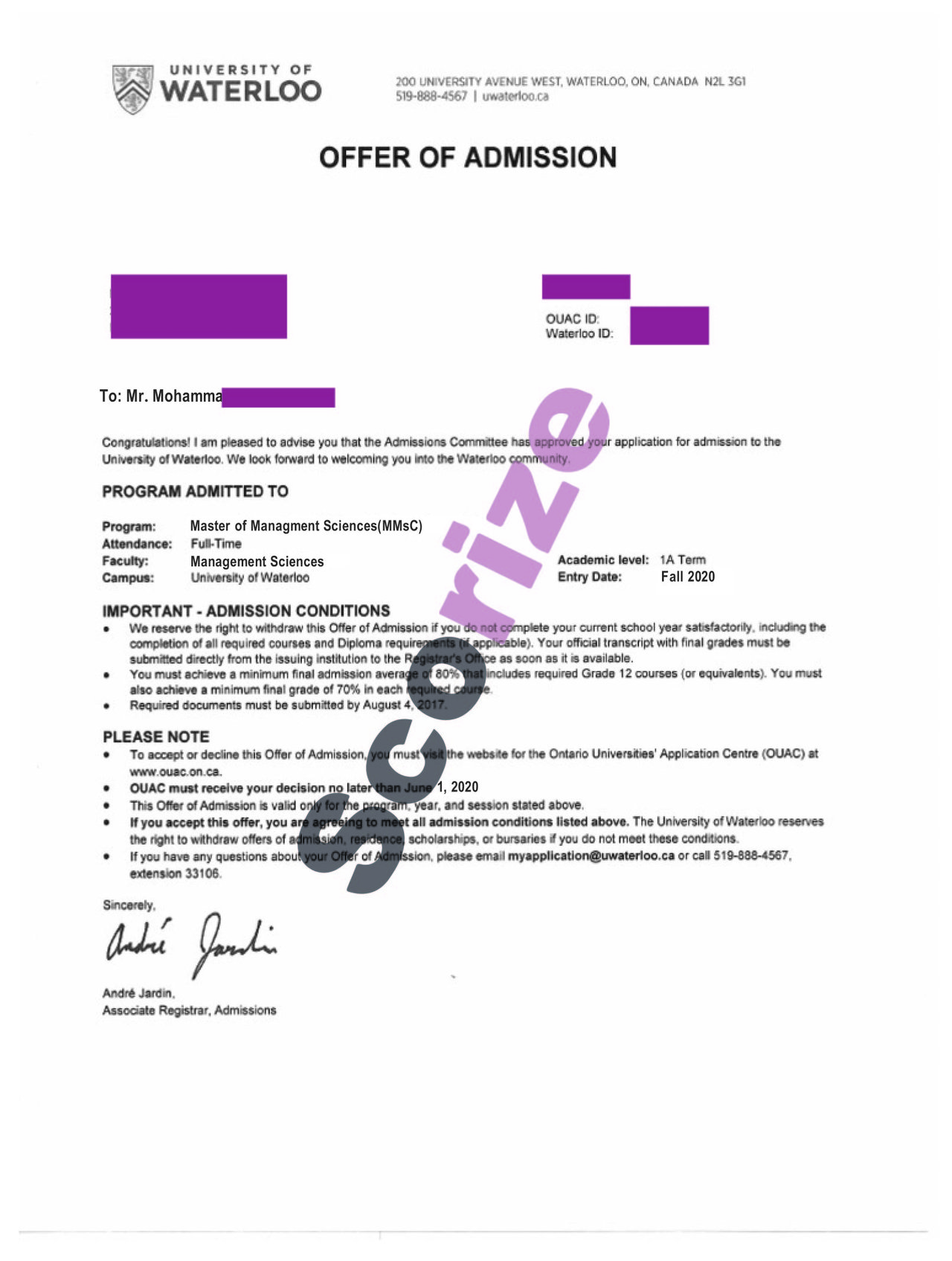